The Making Of LINCOLN

Mitchell David Albom, the author says, “There’s a story behind everything. How a picture got on a wall? How a scar got on your face? Sometimes the stories are simple, and sometimes they are hard and heartbreaking. But behind all stories is always your mother’s story, because hers is where yours begin”. Mother is the powerful word which is prevalent from the times of the yore. An aphorism from the Indian scriptures declares “Mathru Devo Bhava”, which means the mother is equivalent to God. 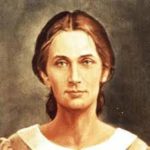 The life story of the 16th president of America is a synonym to the powerful pedagogy of Motherhood. We all know Abraham Lincoln only as the dynamic American President who led the United States through its Civil War—its bloodiest war leading to perhaps its greatest moral, constitutional, and political crisis. But, we fail to fathom the heroic upbringing of Nancy Lincoln, the mother of Abraham Lincoln. Abraham Lincoln would sing the praise of his loving mother in the following way “All that I am, or hope to be, I owe to my angel mother”.

The virtues which were implanted in the tender heart of Abraham by Nancy Lincoln bore an impeccable result. It is said that Abraham Lincoln was the greatest of all interpreters of America’s moral meaning. Abraham Lincoln was a man of profound feeling, just and firm principles, with incorruptible integrity. He was the champion of egalitarianism which he stated with a rare eloquence. But these seeds of equality were planted by his Divine Angel, Nancy Lincoln.
While Lincoln was young, his mother nurtured him in more ways than mere upbringing. Nancy was the sole bread earner of the family; she worked as a tailor supporting the entire family. Due to grinding poverty, young Lincoln was often confronted with isolation and humiliation. His attire was always in tatters while his friends dressed prestigiously. Though people had isolated him, he enjoyed the benediction and blessings of his mother because of which he could attain the pinnacle of success. It was Nancy who said to him that poverty, though cheap in the sight of the public, would one day help him reach the greater heights in life. Adhering to truth unmindful of one’s position in life was the command of Nancy to Abraham. Abraham Lincoln in his later life would say –
“You may disrespect me, but truth cannot be disrespected. The truth will always be Triumphant. I proceeded on the path of Truth and my Mother is my ideal”. 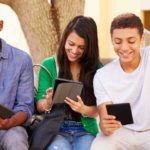 In today’s scenario though, the mesmerizing technology or rather tricknology all around us has resulted in the fictitious leading of one’s life. We are misled by the vicissitudes of bizarre gadgets often resulting in uncontrolled ire. The platonic relationship between a mother and child has evaporated and instead become limited to merely a theoretical aspect. The inner-standing of this irreplaceable mentoring is fast disappearing in the modern mundane educational system. Innumerable Lincolns are the need of the hour today to transmute the tragic state of the planet.

This kind of metamorphosis is being introduced by one such unique educational campus, Sri Sathya Sai Sathya Niketanam.

It is located in the serene ambience of Belur City which was formerly the capital of prestigious Hoysala Empire in erstwhile India. This innovative educational campus recently ideated to have its students perform a special worship or ritual called Maata Pita Vandanam.
Maata Pita Vandanam is a unique ritual wherein the children worship their parents with utmost sincerity and love. This kind of worship strengthens the respect that every child must hold towards their parents. It rekindles the bond between parents and children. It makes the parents more accessible to the personal needs and requirements of their children.

The blessings of one’s parents play a vital role in a child’s life and Sri Sathya Sai Sathya Niketanam, the educational campus has become the first wave of Change in the Making of Lincolns!